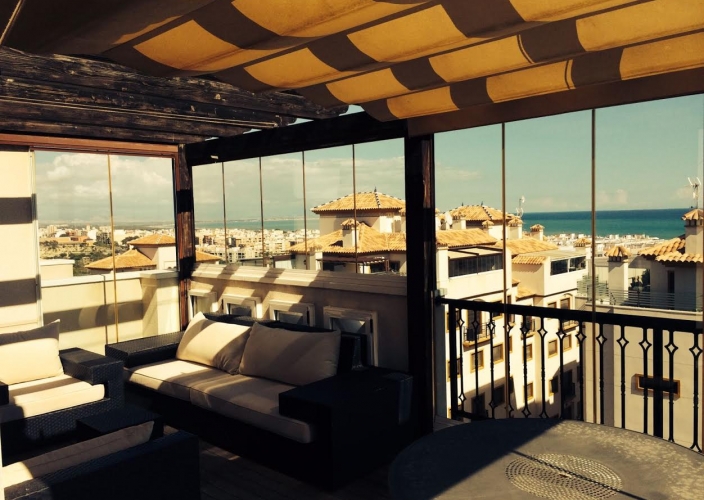 Guardamar del Segura is a town located in the Costa Blanca South. With its 11 kilometers of natural beach and large pine form a single town in the area, which has a special microclimate with very good temperatures all year and 90% of sunny days. It is said that there are only 2 winter months and 10 months of sunshine in Guardamar del Segura. The safe River flows into this village, hence the name "Segura".

Guardamar del Segura has 16,000 inhabitants during most of the year, but the months of July and August the population doubles, since its beaches and summer weather attract tourists. Increasingly, Guardamar has become an international people, many of its inhabitants are of British, Scandinavian and Central European. So you can see, as more and more new businesses and services tailored to these people from other countries are created. The people have noticed a change in its population and has adapted to the needs and demands of these new inhabitants.

Guardamar is a quiet place to live town, has all services throughout the year as restaurants, bars, shops, banks, places for leisure, etc.

Every Wednesday in the central streets of the town a market where many people come to buy products like food, clothing, furniture, animals is organized, etc. It is a big claim and villagers around Guardamar come every Wednesday to visit the flea market.

Guardamar del Segura has a large port with activities throughout the year, has a large sports center with paddle tennis, tennis, football and a large heated pool that runs all year. It also has a library where free wifi and computers.

Reina Sofia park is another emblematic of Guardamar, where there are various ducks, peacocks and games for children. It also highlights his castle high in the town where their panoramic sea views are beautiful. Another of its strengths is the Caliphate rábita where Phoenician and Moorish deposits are.

Send to a friend

Want to receive our latest property for sale & special offers?

Planning a trip to Spain?
Wish to book a property viewing.